Last night the wife and I were able to give Arkham Horror our first attempt, and I have to say, this game lives up to it’s name.

I love how each Location , Other World , and Mythos card all have a small story to add to the game.

For example, one of the Mythos cards we drew was a Headline . This headline read much like a newspaper article and described how more murders by a particular killer ( I forgot the murders name ) have popped up in one of the city districts, until caught ( success die roll ) he murders one ally from our A lly deck until all allies have murdered. 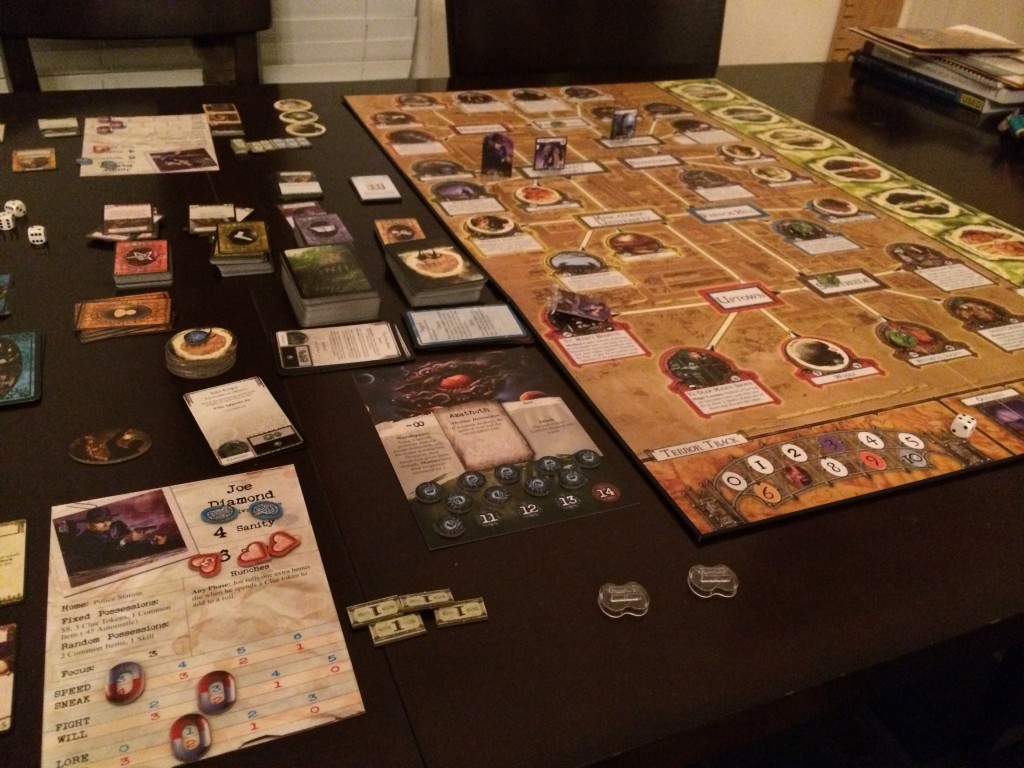