I guess I should have done a little more reading on the packaging; by the time I was home, I noticed this sensor reported in analog , not digital. This was an issue as the Raspberry Pi

power source, in theory I can have a portable motion detector :D 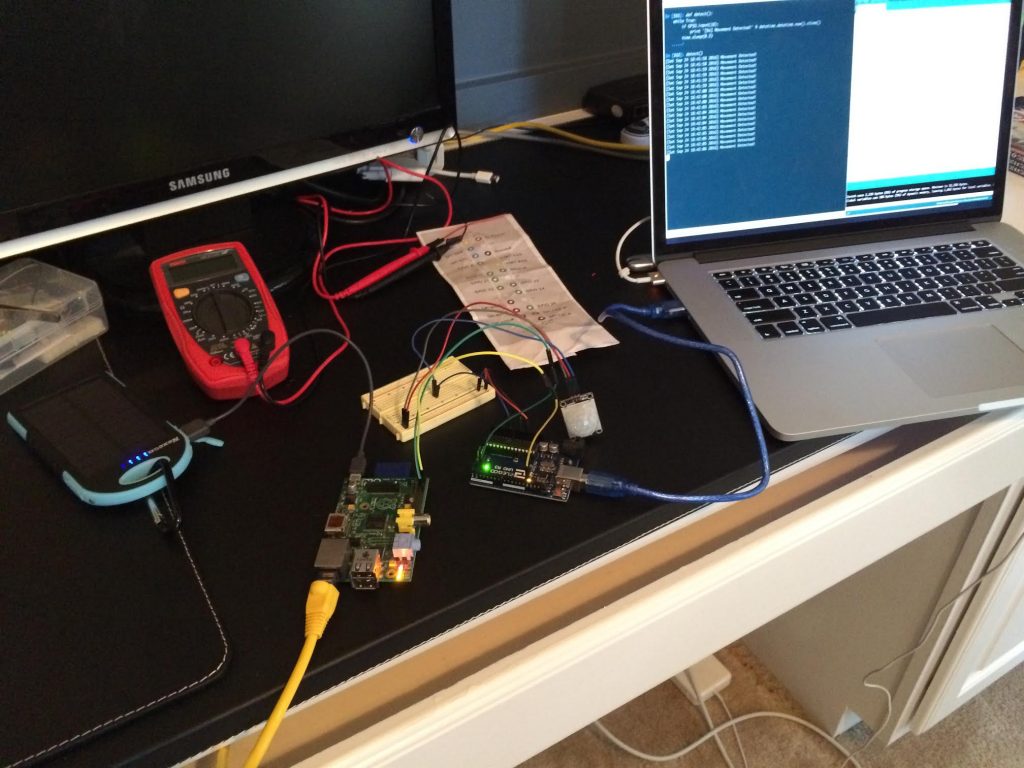 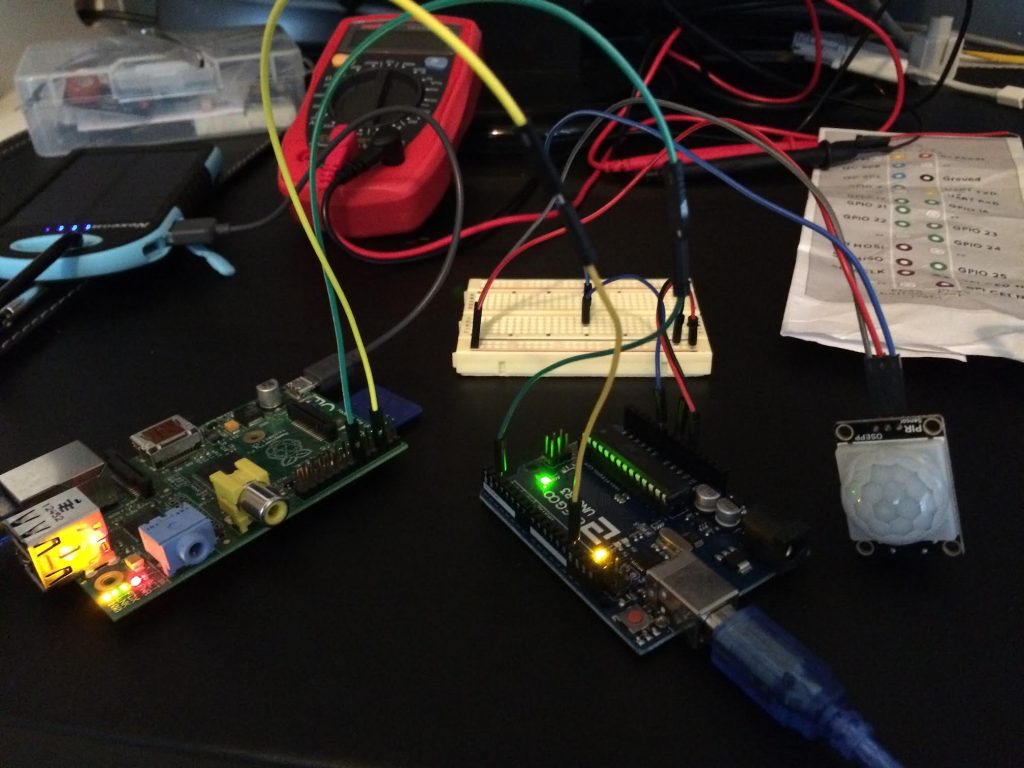 * Connect motion sensor to the Adruino’s 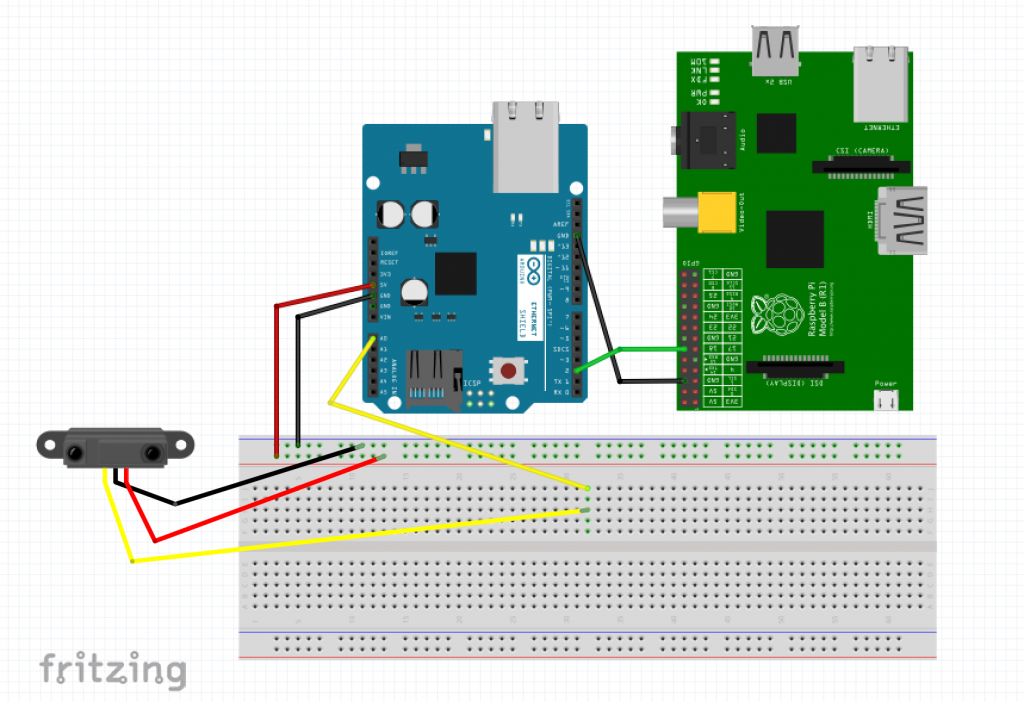 Once we are wired up, we can compile and upload the Arduino UNO code using Arduino Studio . Arduino

This Arduino code will read analog input from our motion detector, and any time more than 0v is detected it sends a signal to digital pin 2. Raspberry Pi (Python) 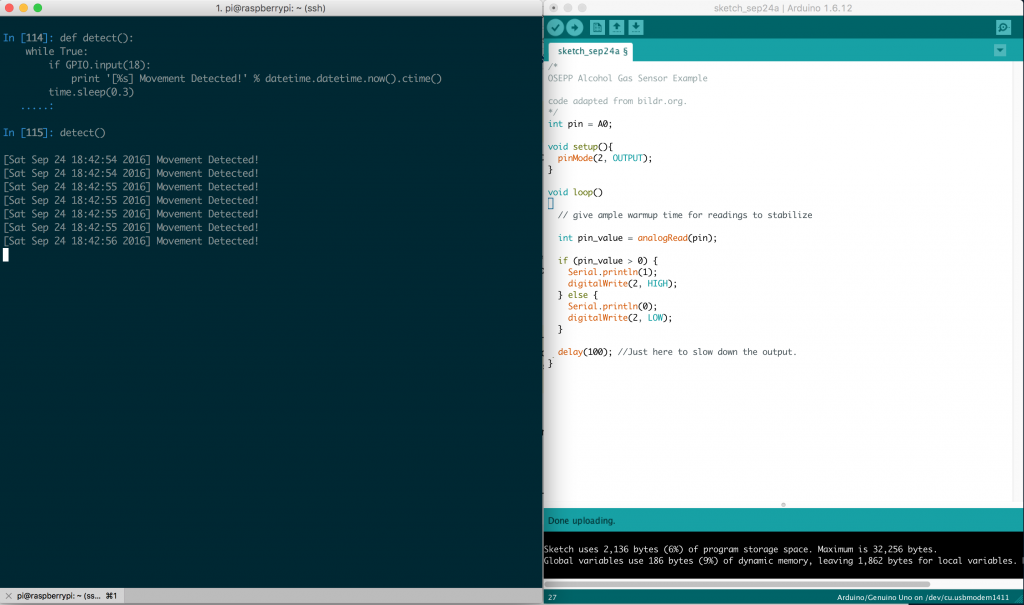