I’ve been at it again with GeoDjango , this time I’ve pulled data on all Taco Bells locations from a popular social media site, took that data and added to a Django project, and finally plotted them in a view using Google Maps : 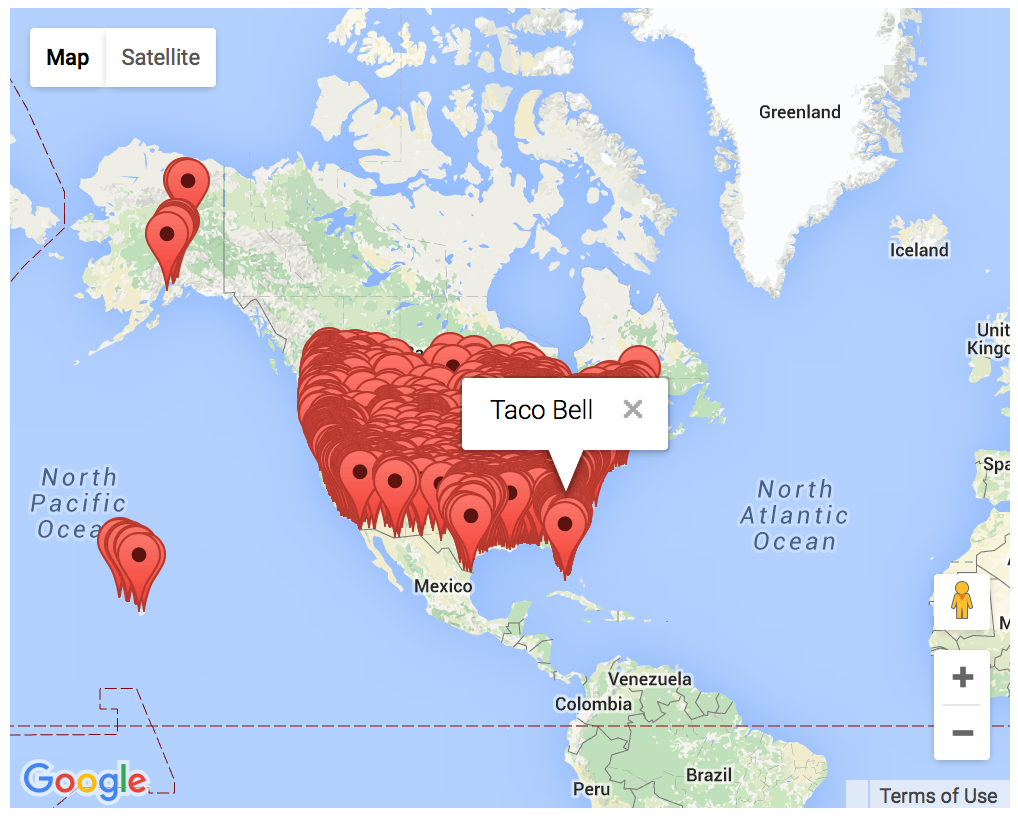 Wow, that is a lot of Taco Bells !

Since this is Django, we are also able to view and edit from the admin :

As well as the shell :

django-cities was used tie it all together, which allows me to do searches like how many Taco Bells do the cities with the highest population have:

Or how may Taco Bells each state in the United State has: